The parents of a young boy who was born with a rare genetic condition that causes his body to age fast have said that they wouldn’t want him any other way. Little ones born with “progeria” rarely live past the age of 13. The condition is extremely uncommon and affects around 1 in 4 million babies.

“The baby does not look like a newborn at all,” explained the doctor treating the infant, who was born in Bangladesh, as reported by Daily Mail. “There are prominent signs of aging such as excessive wrinkles and rough skin texture.”

Despite looks that have shocked many, the child’s father declared that God made him exactly as he is, and they love him dearly. ‘”We can only thank God,” said the father, farmer Bisjawit. “There is no need to be unhappy about the appearance of my son. We will accept him the way he is.”

Not only this, but Bisjawit is actually proud of the way his son looks, saying that he has a striking resemblance to himself. 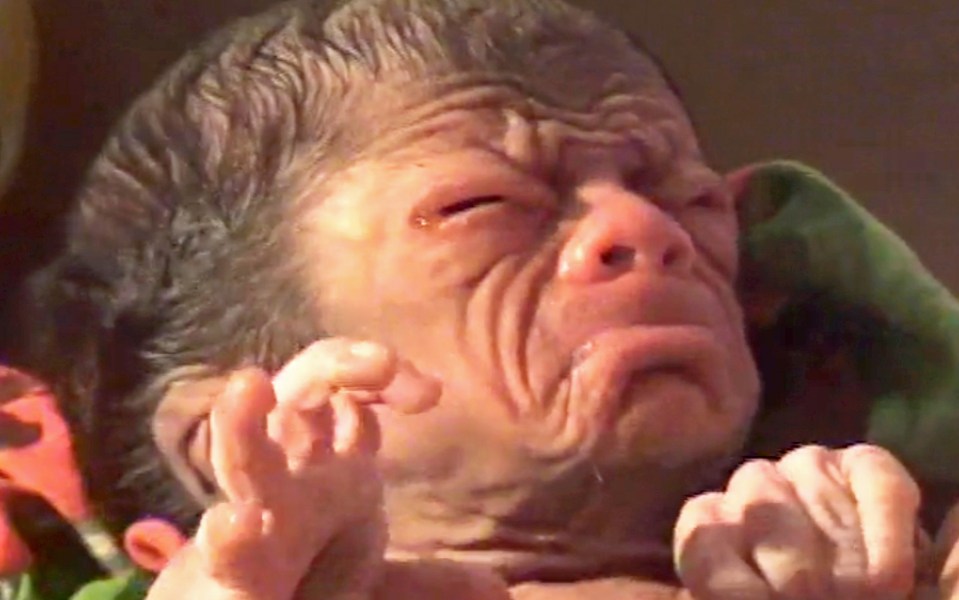 Children with progeria often do not live past the age of 13.

“Our first child, Aparna, has taken after her mother,” he said. “But my boy looks like me, and I am happy.”

‘”We can only thank God,” said Biswajit, a farmer. “There is no need to be unhappy about the appearance of my son. We will accept him the way he is.”

Health issues associated with progeria  are often similar to those suffered by the elderly, including loss of eyesight, kidney failure and heart problems. But despite the grim prognosis, this family are thrilled to add a little boy to their brood.

“We are so happy to have a baby boy in the house,” Biswajit added. “We are already blessed to have a daughter. Now we are a family of four. What else can we ask for.”

Many responded to the story on social media with messages of hope and praise for the family who clearly love their little man very, very much.

“He is an angel and even though he doesn’t look like the rest of us, he has a purpose, he is special, if he were my baby, I would fight to the ends of the earth for him,” wrote one Facebook user.

“The most important thing about this is that he is loved by his parents.”

“Well this little baby boy has something that a lot of children in this world don’t have, the total and unconditional love of his parents…hope something can be found to improve his life dear little boy.”