When a man fell into raging coastal waters in the northern British town of Redcar on Good Friday, onlookers knew it was a treacherous situation. The high tide combined with strong winds meant it would take just seconds for him to be swept away and never seen again.

Realizing the gravity of the situation, a few brave citizens sprang into action, but it wasn’t long before they too found themselves in grave danger as they slipped into the swirling waters. It was a perilous situation, but a moment of quick thinking brought all of them safely to shore.

READ: ‘We are Thankful to God’: Shark Attack Survivor Bethany Hamilton Has a Big Announcement

When others noticed the group in such a desperate situation, they realized the only way to safely navigate the slippery shoreline and pull everyone to safety was to form a human chain — so that’s exactly what they did.

Stunning images of the group battling to save each other’s lives were captured by local artist James Mcgairy.

“Just finished stewarding at Palace Arts Gallery, I went to look at the high tide, these events unfolded. Thankful for a good outcome,” Mcgairy tweeted that day.

The life-saving teamwork to fight against the fierce seas and pull every person to safety was absolutely inspiring to see, but it could have been a much different outcome.

“This was a sequence of events which could so easily have led to multiple deaths,” rescue services spokesman Dave Cocks said in a statement to BBC. 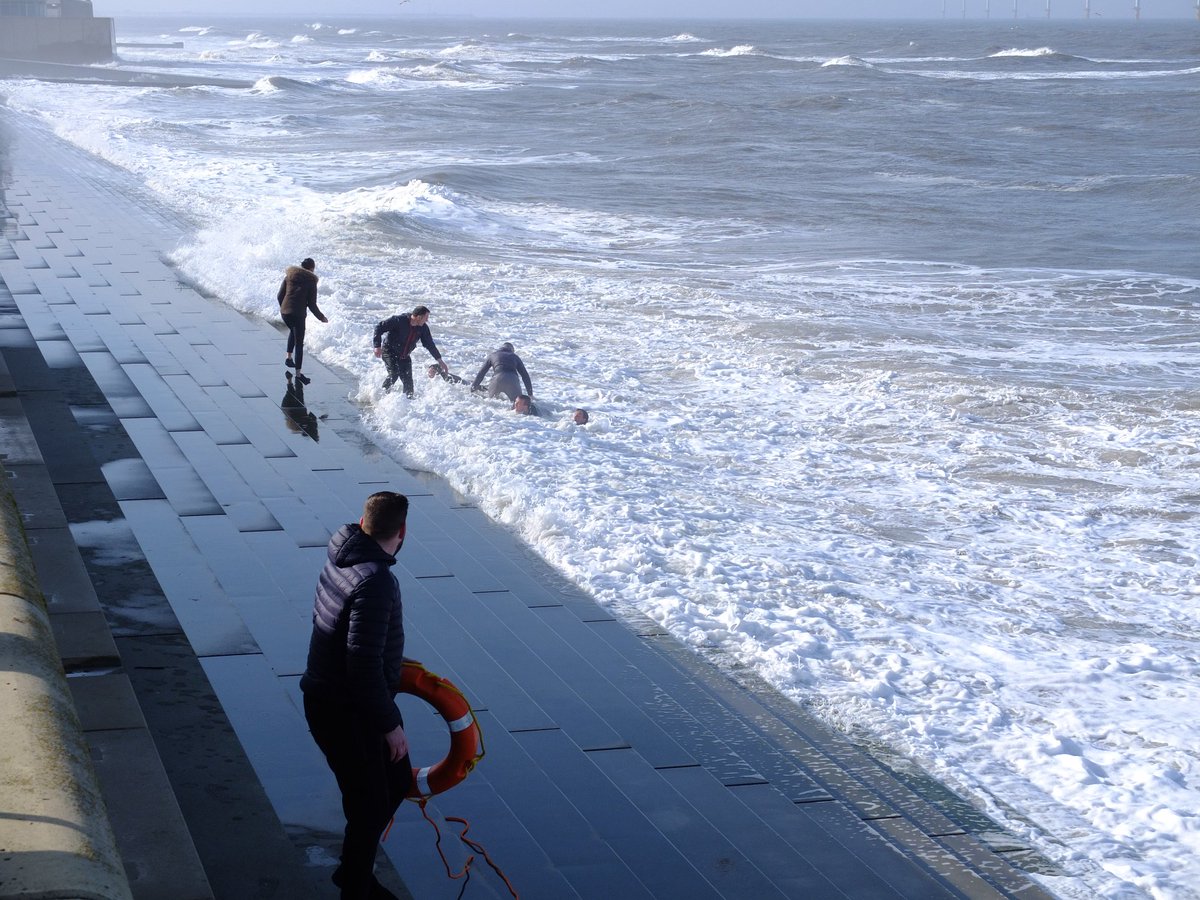 “The sea at Redcar is very rough as a result of the combined effects of strong winds and a particularly high tide, and the situation ended up with four adults in trouble in the sea, all needing rescue,” Cocks said. “It is only through good fortune that all four were rescued alive.” 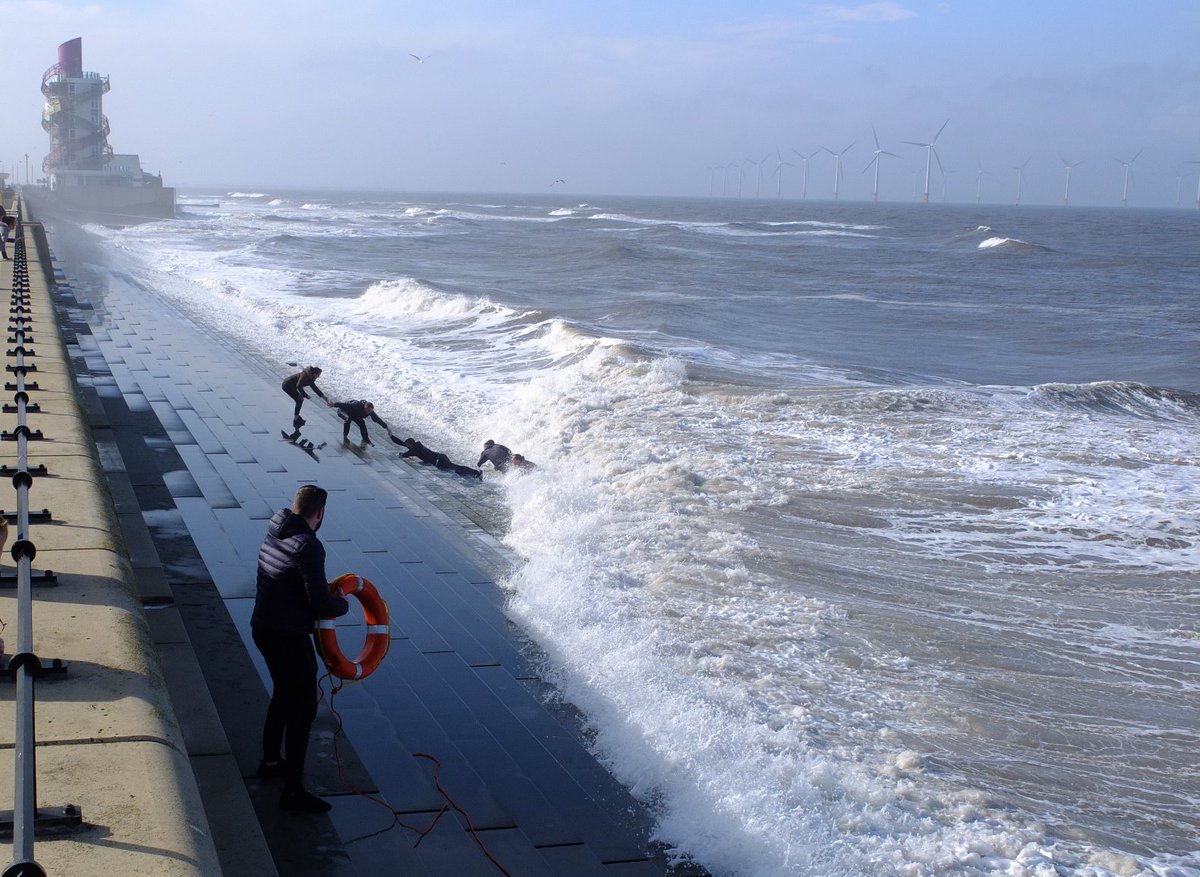 The British coastguard, the RNLI, detailed what occurred in a statement on its website:

“A chain of failed rescue attempts by members of the public led to four people being caught in heavy seas off a slipway at Redcar on Friday 30 March 2018.

A man fell from the slipway at the lifeboat station just after 4pm, causing him to be battered by large waves, close to the slipway and the sea wall. A man he was with attempted to rescue him, but was unable to stand in the breaking surf and got into difficulties himself.

All four survivors of Friday’s incident were taken to the hospital for assessment.

“If you see someone in trouble, alert the lifeguards… do not enter the water yourself,” added Cocks. “This just goes to show why people need to respect the water. The sea a hostile, unforgiving environment.”