Listen to us discuss this story on today’s podcast:

Researchers with the Federation of American Scientists uncovered 250 suspected nuclear missile silos under construction in a desert in China’s western Xinjiang province. 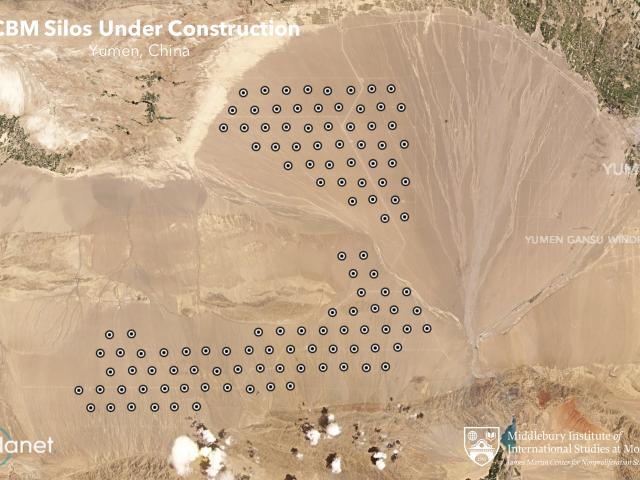 This June 4, 2021, satellite image provided by Planet Labs Inc. has been annotated by experts showing what analysts believe is a field of intercontinental ballistic missile silos near Yumen, China. AP

China’s growing nuclear stockpile was just one of many threats highlighted by a Senate Select Intelligence Committee hearing Wednesday.

“Xi Jinping has one goal: to be the geopolitical, military and economic leader in the world. Period,” William Evanina, Fmr. Dir. National Counterintelligence & Security Center, told US lawmakers during the hearing.

The Xinjiang Province is the same region where human rights groups believe Beijing is holding more than one million Muslim Uighurs in massive concentration camps as a part of the communist government’s genocide against the ethnic minority group.

Images of a vast site in northern China also reveal multiple silos under construction. These would likely house intercontinental ballistic missiles, with each capable of carrying multiple warheads. 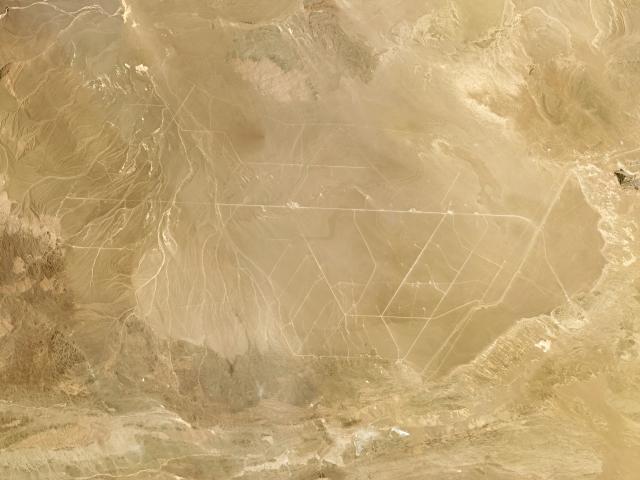 U.S. Strategic Command, the overseer of America’s nuclear arsenal, responded to these alarming revelations tweeting: “The public has discovered what we have been saying all along about the growing threat the world faces and the veil of secrecy that surrounds it.”

China already has 350 nuclear warheads – an arsenal the Pentagon believes will double over the next decade.

“This rapid buildup has become more difficult to hide, and it highlights how the PRC [People’s Republic of China] appears again to be deviating from decades of nuclear strategy based around minimum deterrence,” said State Department Spokesperson Ned Price.

In an address to the US intelligence community last week, President Joe Biden said China is “deadly earnest about becoming the most powerful military force in the world, as well as the largest and most prominent economy in the world by the mid-forties, 2040s.”

Sen. Mark Warner (D-VA), the chairman of Senate Intelligence Committee, told committee members during Wednesday’s hearing that China “is focusing on targeting key U.S. technologies for both acquisition and development. These include aerospace, advanced manufacturing, A.I., biotech, data analytics, semiconductors, renewables, all in order to ensure PRC’s future dominance in these areas.”

“The title of this hearing is The Long Arm of China. The long arm of China is not some futuristic threat, it’s already here,” said Sen. Marco Rubio (R-FL).

“It is the most complex, pernicious, aggressive, and strategic threat our nation has ever faced,” warned Evanina.

Sen. Rubio accused China of “already carrying out the biggest, illegal wealth transfer from one nation to another in the history of mankind,” primarily through American technology and intellectual property.